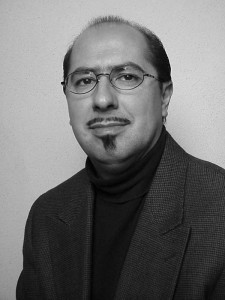 Joseph Anthony Wasson Jr. is a 1979 Del Norte graduate. He recently was promoted to the Performing Arts Program Director at the National Hispanic Cultural Center (NHCC) where he has worked since 2001. At the NHCC he had been in charge of production and programming for the Roy E. Disney Center for Performing Arts.

From 1992-2001, he worked for the City of Albuquerque Special Events Division where he coordinated the Arts in the Parks Program, Summerfest and also managed the Historic KiMo Theatre. He started his journey in the Arts and Entertainment field while still a student at Del Norte and now has close to 40 years of self-taught experience and knowledge in the field. He co-founded Lost Tribe Productions a local theatrical production company and Jams Unlimited mobile DJ service. His experience, knowledge, and education span many areas in the performing arts; including acting, directing, technical theatre, designing lights and sound, managing and producing performing arts productions, and organizing outdoor events and festivals.

Wasson has sat on the board of directors for the La Compania de Teatro de Alburquerque, La Zarzuela de Alburquerque, Lost Tribe Productions (1991-1995), the Albuquerque Founder’s Day Committee, and the Bernalillo County Arts Board.