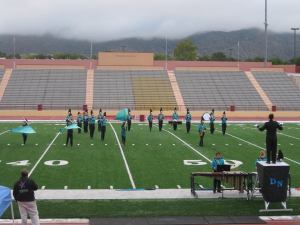 For the second year, the AlumKnights supplied volunteers in support of the DNHS band’s participation in the New Mexico Pageant of Bands (POB) marching band competition on Saturday, October 11, 2014 at Wilson Stadium. The Del Norte Band is one of the ten APS POB Member Bands that produce this all-volunteer event that attracted 25 bands and about 1,600 band members from across the state. A portion of the proceeds are disbursed to the POB Member Bands based on volunteer participation. Last year, the DNHS band received about $400 in this disbursement. 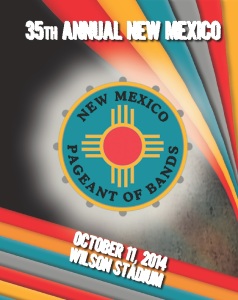 The AlumKnights supplied three volunteers on the day of the event and a year-round DNHS representative to the POB Organizing Committee. Del Norte’s responsibilities in the Pageant are the POB Program sales. The POB Program is a booklet containing program information and pictures from the bands entered in the competition as well as advertising which supports the Pageant. This year, 543 programs were sold at $5 each.