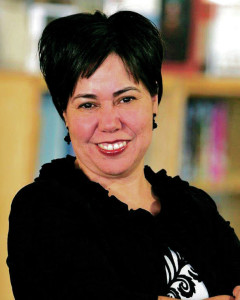 Almudena “Almi” Abeyta (Guajardo), DNHS Class of ’90, has been named as one of three finalist candidates for Albuquerque Public Schools Superintendent. Read APS board announces 3 superintendent finalists in the Albuquerque Journal.

Almi grew up in Albuquerque and graduated from Del Norte High School. She began her career in education as a kindergarten teacher in Santa Fe. Dr. Abeyta was the principal of the Donald McKay K-8 School (McKay) in the Boston Public Schools from 2004-2008. As principal, Dr. Abeyta led her school to improvement by focusing on data to improve instruction. Her work is documented in Data Wise in Action: Schools Using Data to Improve Instruction. After four years of leading her school, the McKay was recognized by the Mauricio Gastón Institute, an institute for Latino Community Development and Public Policy, as an exemplar for educating Latino students. In 2007, El Planeta, the largest circulated Spanish newspaper in Massachusetts and New England, named Dr. Abeyta among the 100 Most Influential People in the state’s Hispanic Community. She was the Assistant Academic Superintendent for the Middle and K-8 Schools in the Boston Public Schools from 2009-2012.

Dr. Abeyta has worked for the Santa Fe Public Schools since 2012 leading the academic team as the Chief Academic Officer (CAO) and now the Deputy Superintendent for Teaching and Learning. She was recently awarded the first Association of Latino Administrators and Superintendents (ALAS) de Nuevo México Hispana/Latina Administrator of the Year award for 2014. She completed her bachelor’s degree in Communication/Journalism at the University of New Mexico, and holds two master’s degrees and a doctorate degree from the Harvard Graduate School of Education.

Among the many honors Almi has received, she was recipient of the Del Norte High School John Hoback Scholarship in 1990.