Skip to content
HOME > Knights in the News > Angelo Gonzales, Class of 94 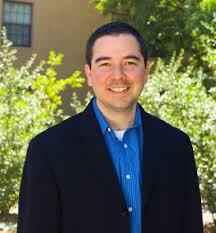 Angelo is Executive Director of Mission: Graduate, a cradle-to-career education partnership in Central New Mexico, which is committed to producing 60,000 new graduates with college degrees and credentials by 2020. Dr. Gonzales is also a Research Assistant Professor in the University of New Mexico (UNM) College of Education; chair of the New Mexico AfterSchool Alliance Leadership Council; president of the board of the Albuquerque Teacher Federation’s Teacher Leadership Foundation; and a founding board member of the New Mexico Learning Alliance.

Previously, Dr. Gonzales served as the Associate Director of the UNM Center for Education Policy Research (CEPR), and prior to joining CEPR, he worked for U.S. Senator Jeff Bingaman for over six years. Most recently, he served as a field representative in the senator’s Albuquerque office, where he was responsible for outreach to the New Mexico education policy community. In that capacity, Dr. Gonzales helped organize the Albuquerque Dropout Prevention Action Team and was an active participant in community-led education reform coalitions. Before graduate school, Dr. Gonzales served in the senator’s Washington office as a legislative assistant for homeland security, border policy, and immigration; and he has also worked at Sandia National Laboratories and the White House Office of Science and Technology Policy.

Dr. Gonzales earned his Ph.D. and M.A. in political science from the University of California at Berkeley, and he holds a B.A. in chemistry from Pomona College. Dr. Gonzales was born and raised in New Mexico and graduated from Del Norte High School in Albuquerque, NM.