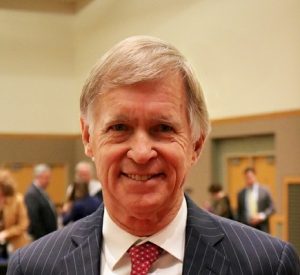 Michael Brasher, DNHS Class of 1968, has been appointed by Gov. Susana Martinez to the Board of Regents at The University of New Mexico replacing Regent Alex Romero, who recently resigned. Brasher is General Manager of Albuquerque Public Schools’ KANW radio station as well as one of four appointed members of the New Mexico State Board of Finance.

He has previously served on the Bernalillo County Commission from 2002-2010, as well as the Albuquerque City Council, where he served as president from 1990 to 1991, and from 1998 to 1999. Michael was also an appointed and ex-officio Member of the Metropolitan Criminal Justice Coordinating Committee, member of the National Association of Latino Elected and Appointed Officials and a Board Member of the Albuquerque Hispano Chamber of Commerce.

Read Gov. Martinez appoints Brasher to UNM Board of Regents in the Albuquerque Journal.