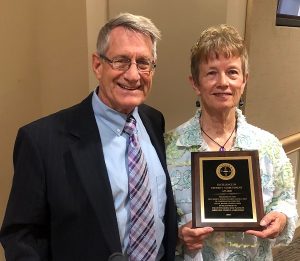 The New Mexico School Boards Association (NMSBA) announced recipients of the 2019 Excellence in Student Achievement Awards. The awards, sponsored by NMSBA, are presented to individuals selected by local boards of education throughout New Mexico who have played an important role in improving student achievement in their local school district. DNHS graduate Janet Saiers from the Class of 1966 was selected by the Albuquerque Public Schools Board of Education as an outstanding volunteer who tirelessly advocates for and assists Del Norte students, faculty, staff as well as the alumni community.

The award was presented during the APS Board of Education meeting on June 5, 2019 in the John Milne Community Board Room. Attendees included members of the public, DNHS administrators, family and friends as well as plenty of AlumKnights! 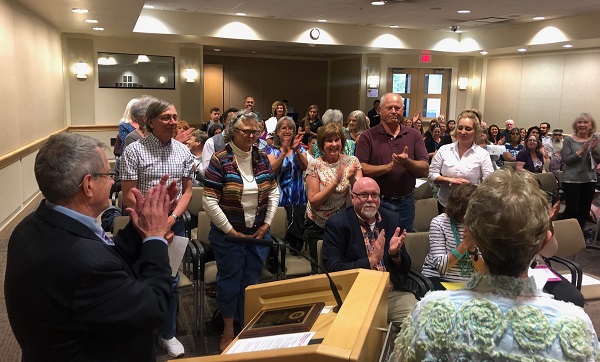