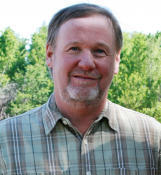 Incumbent John P. Kelly, a 1977 Del Norte Graduate, was re-elected Tuesday, June 2, 2015 to the Middle Rio Grande Conservancy District Board of Directors. Kelly defeated Steve D. Gallegos, a veteran of both the Albuquerque City Council and Bernalillo County Commission, 1,462 to 432. Kelly, who lives in Albuquerque’s North Valley, served as executive engineer of the Albuquerque Metropolitan Arroyo Flood Control Authority from 1999 to 2010. Read about the race in the Albuquerque Journal story Nine vie for a seat on MRGCD board and about the outcome in the story Incumbent, 2 newcomers win MRGCD seats.

The Middle Rio Grande Conservancy District (MRGCD) manages the network of irrigation canals, ditches, drains, levees, and diversion dams from Cochiti Reservoir to the Bosque del Apache, south of Socorro. It is funded by taxes paid by property owners who live along the river.