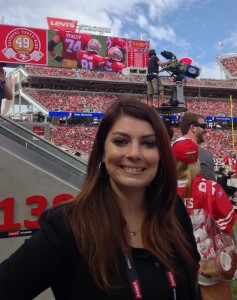 Katrina Stackpole, Del Norte class of 2003, has a unique job as a trainer with Daktronics which supplies multi-million dollar electronic scoreboards and video screens at stadiums, arenas and event centers around the US. Stackpole has a BA from NMSU and a Masters in Sports Administration from UNM. While interning with the ABQ Isotopes she learned about the electronic boards and what it took “to put on a show”. She later worked in marketing with UNM athletics. Last year she ran the board at Levi Stadium, home of the San Francisco 49ers.

Katrina comes from a family of APS educators with both her father Butch Stackpole and grandfather James Stackpole being PE teachers. Katrina transferred to Del Norte for her senior year and says the teachers really cared and helped her prepare for college. She specifically credits help in math from teacher Heath Weihe and enjoying Joel’s Fouser’s class. Also she thanked English teacher Mrs. Bogess.
When Katrina is home she enjoys riding her horses. She competed in rodeo for NMSU during her undergrad days. (See the 2005 Albuquerque Journal article Ride This Way) 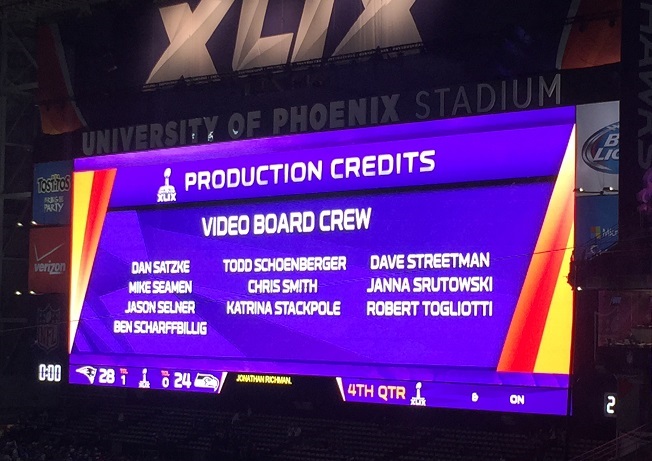 Katrina also helped the University of Phoenix Stadium (Home of the AZ Cardinals) prepare for Superbowl XLIX between the Seahawks and Patriots. She was listed in the credits during the trophy ceremonies on the video board.