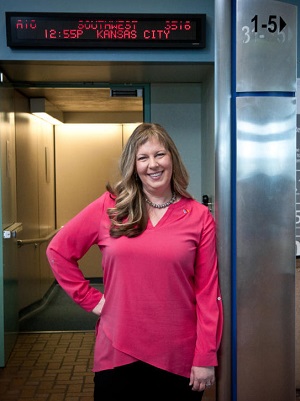 Mandi Hinkle Venable, DNHS Class of 1986, has been the Station Manager for Southwest Airlines in Albuquerque since April, 2016. She has held 17 different positions in seven markets with Southwest since 1983.  Mandi was a cheerleader at Del Norte as well as on the state championship Castelles drill team. She was also in the DNHS choir program and made the New Mexico state Girls Choir. Read about Mandi in Jessica Dyer’s Albuquerque Journal One-on-One article One-on-One with Mandi Venable.