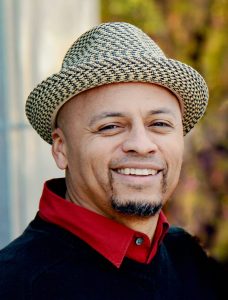 Mike Silva, Del Norte Class of 86, has been honored with an Ethics in Business Award for individual excellence. The annual awards honor individuals, businesses and nonprofits that show a devotion to ethical principles and a commitment to the community. In its’ 20th year, nominees for the award went through extensive review by students from the University of New Mexico’s Anderson School of Management and a nomination committee of local business leaders. Sponsors are the Albuquerque Journal, CliftonLarsonAllen, French Funerals and Cremations, Kirtland Federal Credit Union, PNM, Wells Fargo, Merrill Lynch, Admiral Beverage Corp. and New Mexico Gas Co.

Mike is owner of several Albuquerque businesses and is passionate about Albuquerque and shows it through generosity and philanthropy. He started his first business, ABQ Trolley Co., in 2009 with co-founder Jesse Herron. The business expanded to other ventures, including Albucreepy Ghost Walk, Duke City Pedaler and LUX. Silva also owns Rude Boy Cookies, and recently he and Herron purchased ABQ in a Box.

Silva has a practice of giving free tours or cookies to help nonprofits. He holds fundraisers at his businesses, with a percentage of profits going to his favorite causes, especially those involving children. For example, his “Cookies for a Cause” fundraiser through Rude Boy Cookies, was held in honor of Victoria Martens, the 10-year-old girl who was brutally raped and murdered in 2016. Silva sold purple ribbon cookies because, he says, purple was her favorite color. Half of the proceeds went to All-Faiths Receiving Home because “I wanted to give to an organization that maybe helps kids in her situation,” Silva said. The other half went to an organization for first responders, because they had to suffer the trauma of handling the case, he said.

Read Doing the right thing in the Albuquerque Journal.