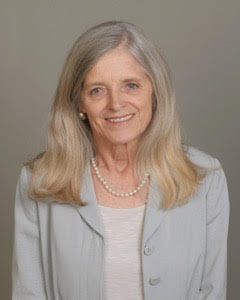 Sue Jollensten graduated from Del Norte HS in 1967 and attended the U of Arizona, UCLA and UNM, playing tennis for each school. She graduated from UNM with a Bachelor of Science degree in 1971 and obtained her Juris Doctorate at UNM in 1975. During her playing days she was a walk-on and played in the ITA Championships for UCLA and UNM.

Sue’s professional background includes practicing law in Silver City, New Mexico from 1977-1991. During that time, she was responsible for renovating the historic Bell Building in downtown Silver City, along with being the President of the Corporation for Downtown Development in Silver City. Sue has served on many different boards and activities including the Board of Directors of the New Mexico Women’s Foundation. She served on the first Women and Legal Profession Task Force and received the Outstanding Contribution award from the State Bar of New Mexico.

Sue’s love for tennis guided her to the secretary’s position for the US Tennis Association, Northern New Mexico Tennis Association (USTA NNMTA) in 1994 and she became president in1995. She began the USTA NNMTA fall middle school league in 1996 beginning with six schools and one division, pushing tennis in New Mexico to where it has never been. Sue has advocated for after school tennis programs in New Mexico and helped create the NNMTA high school junior varsity tennis league. Currently, New Mexico has over 300 high school students involved in this program.

She was assigned the USTA Southwest Section presidency from 2000-2001 and was the USTA Southwest Section’s delegate on the official USTA Executive Committee. She was inducted into the SWS Tennis Hall of Fame in 2004 and received the 2007 USTA Eva Kraft Community Service Award. She was also named the “2008 Grassroots Champion of the Year” in Racquet Sports Industry Magazine. Additionally, Sue founded and is current president of NM Youth Tennis Foundation, which she created to benefit youth tennis in New Mexico.

Read HALL OF HONOR CLASS OF 2017 NAMED on the UNM Athletics website.