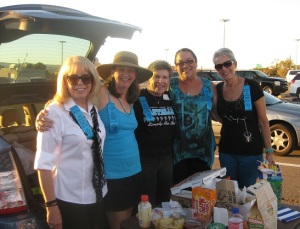 On Friday night, October 24 2014, the AlumKnights held an all-alumni Homecoming Tailgate prior to the game at Mine Stadium. It was a beautiful night with BBQ grills and other food. 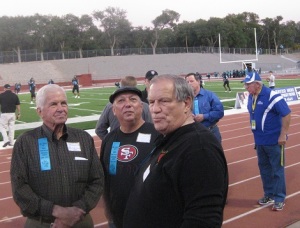 The ’74 State Champion Football Team were formally recognized before the game. Twelve former players and two ’74 coaches were introduced one at a time as they walked onto Milne Field. After all were introduced and on the field, the team gathered around them holding helmets high and did a cheer. The ’74 players walked off the field to many cheers.

DNHS won the Homecoming game 41-7 in front of the largest crowd seen in years at a DNHS game.