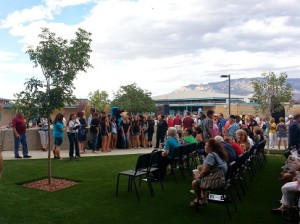 Highlighting the evening was the 6 pm ceremony where the 1966 Knight was unveiled, 11 teachers who opened the school in 1964 were honored and AlumKnights officers commented on alumni projects including the sale of engraved memorial paver bricks. 2014 graduate and scholarship receipient Monica Vigil was mistress of ceremonies. The DNHS JrROTC raised the flag and some 20 DNHS choir members sang the Star Spangled Banner. The ceremony concluded with a rousing rendition of the school’s fight song performed by the DNHS Band. 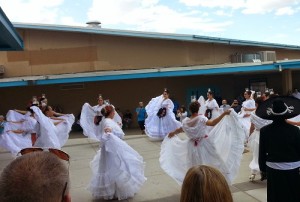 The crowd was delighted by a special alumni Folklorico dance group which performed in colorful costumes. Some 25 Del Norte graduates from 1999 – 2007 performed under the direction of retired Del Norte Spanish teacher and dance coach Elaine Alarid. The group had practiced over the previous three weeks. 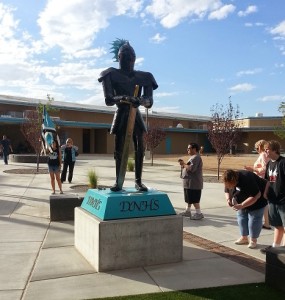 Alumni from Del Norte’s first graduating class of 1966 mingled with other alumni representing the five decades of DN history. The 50th anniversary will be celebrated all year culminating in the graduation of the class of 2015, DNHS’s “golden” 50th graduating class.

The next major event is the October 24 homecoming game at Milne Stadium. Alumni will gather to tailgate in the parking lot before cheering the Knights to victory that night. 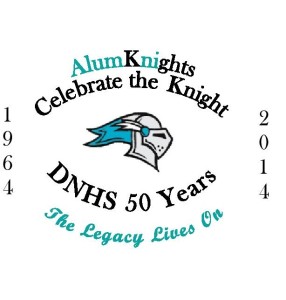