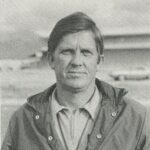 Coach Howard Anderson was named to the Del Norte High School Athletics Hall of Honor on February 10, 2022. Anderson coached football and track in the 1960s through the 1980s. He led his DNHS football team to a Class 4A state championship in 1974 –  the school’s only football title, and it was an undefeated season. Many of his track athletes won state titles.