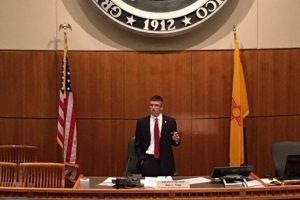 DNHS Senior Tim Mondloch will represent New Mexico in the National Speech & Debate Tournament to be held in Birmingham, Alabama June 18-23, 2017. Tim, a member of the Del Norte Debating Dragon Slayers, is the first debater who has qualified to represent the state of New Mexico at the National Championships since the team’s resurrection in 2008.

Overall, the Del Norte Debating Dragon Slayers had a very good 2016-2017 season including:

Please consider helping the Del Norte Debating Dragon Slayers by adding a little to this GoFundMe campaign, which will help Tim and his family get to Nationals in Birmingham, Alabama! It will help defray to transportation and housing costs, and it will show the nation that Del Norte does things the Right Way…the Knight Way!